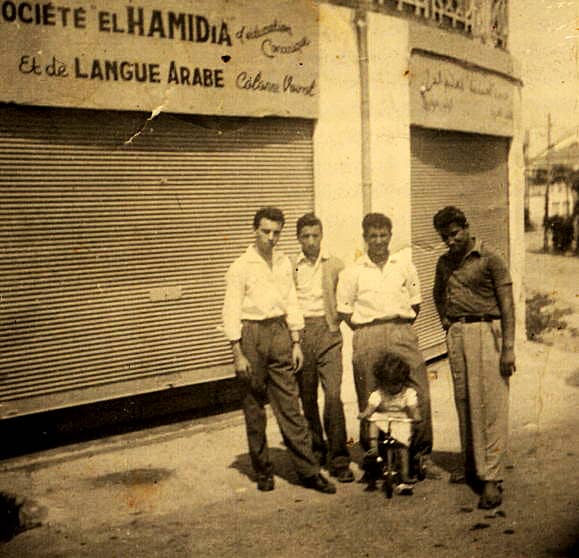 In front of our house, my father created a madrassah with Sheikh Ali, the master of our religious education.

My father was in the “Jam‘iyyat al-‘Ulamā’ al-Muslimīn al-Jazā’iriyyīn “. It is an Algerian religious association created in 1933 during the French colonization. My father was a disciple of Ben Badis who was accompanied by Sheikh Taleb Ibrahimi and other sheikhs (Masters); in particular my father’s great friend Abbas Bencheikh el Hocine, known as Sheikh El Abbas whom I knew very young.

This photo was taken in 1954, the day before the Algerian revolution started. This is the reason I presented to you first in this page related to my education which was marked by one of the first meetings of our independence being held in our home.

I am bowed down at the feet of my brothers Dahmane and Mokhtar. Our education is based on respect.

The most surprising thing, is that these schools were mixed at a time when the “schools of the Republic” were not.

In parallel to our learning in the schools of the French republic, my father gave us this education which is the source and the foundation of our reason for being. My generation who lived this bivalent childhood can understand the purpose of this personality which we have acquired, and which remains indelible all our life whatever we do. 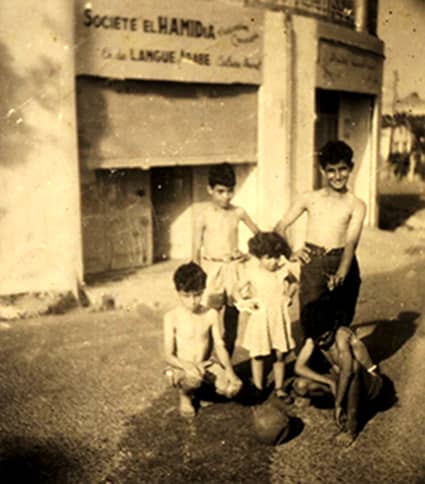 I’m on the car my father had just bought; the first Prairie that Renault had produced 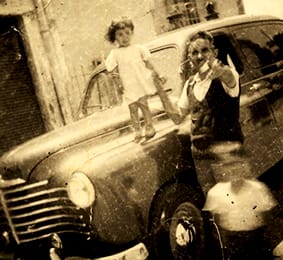 It’s still me in the centre; in the middle with my two big brothers and their friends:

On the left of the photo my brother crouching Aziz, behind him standing is his friend Larbi, on the right of the photo crouching head down it’s Malik Haroun the second friend of Aziz and behind Malik my big brother Messaoud. 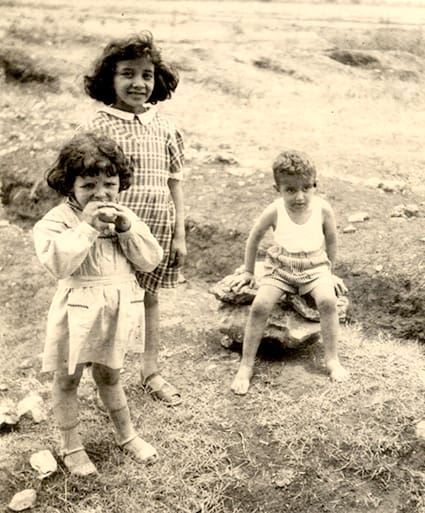 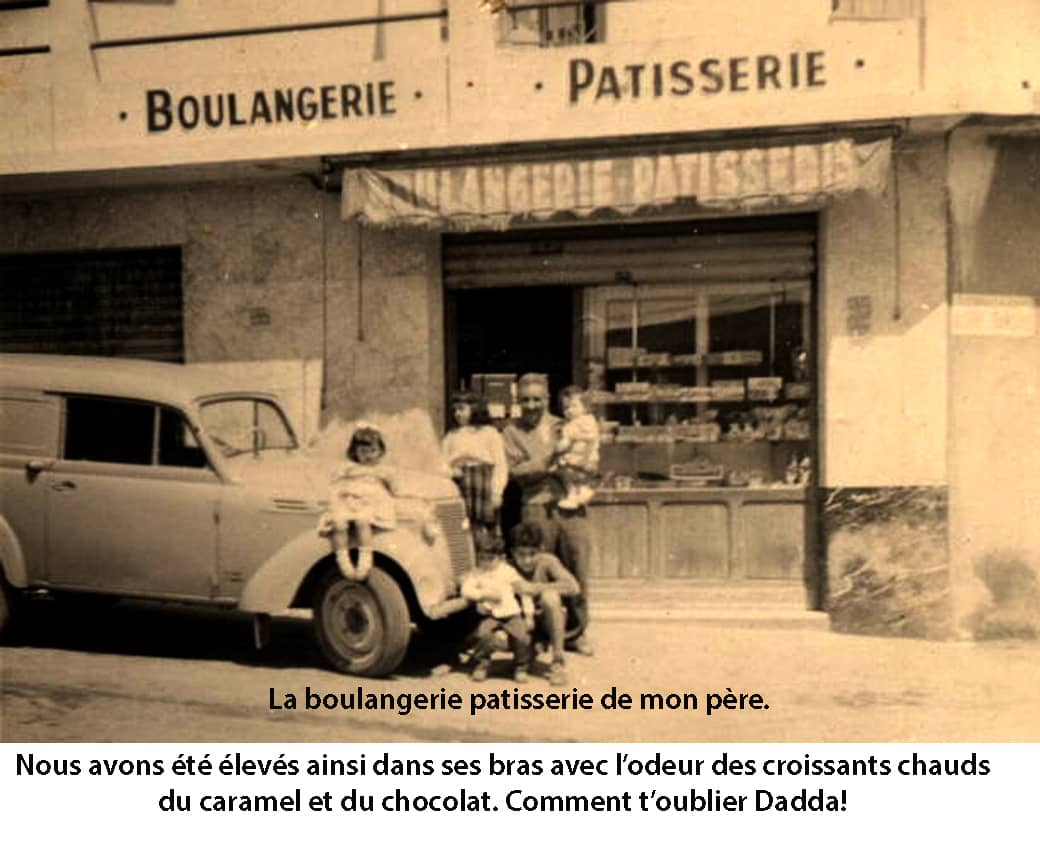 Photo in the left, taken in 1959; I am the tallest, standing behind Nacéra my niece the daughter of my elder brother Dahmane.  Next sitting on a stone is my youngest brother Mohamed, the latest born of the Bouzid family.