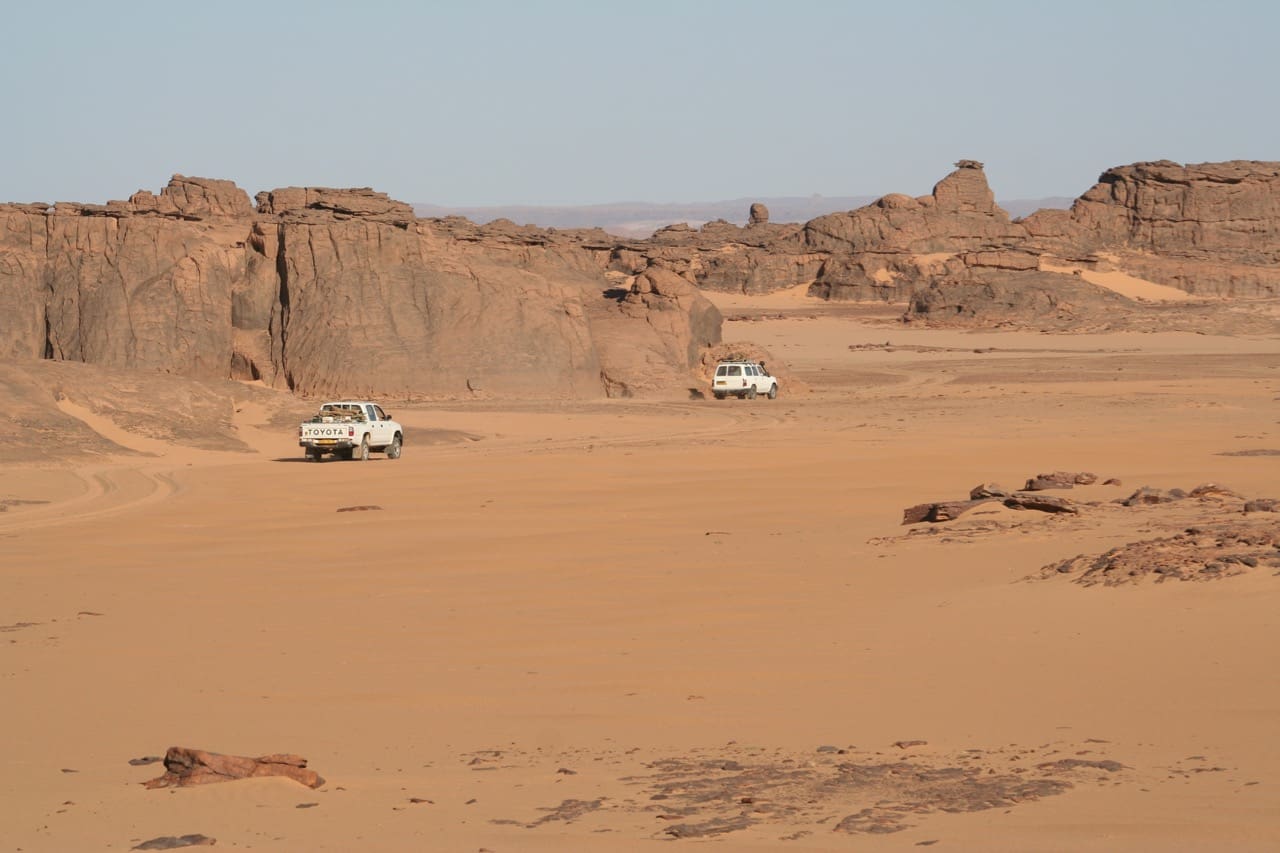 The emotion we get from the desert irrigates our drug organs which are difficult to cure.

The vertigo of our silences plunges us into our deepest abyss. In front of the light of these silences, another silence is made, an interior silence which brings peace with oneself.

The grandeur of these solitary and eternal spaces charms us and fills us with this emotion that remains etched in us forever.

Yes, it is in my desert that I invite you!

My desert is SAHARA.

Certainly my initiation into the desert started with the poetry of the people of the desert and especially those of the Hoggar who told the stories of Dassine and the great chief Moussa Ag Amestane. He liked to say: “The reed flute never sings as well as in the solitude of the space where only the silence of listening. Man, you have to know how to be silent like silence to listen to the song of space…

Once upon a time there was a desert.

It was between Ajjer and Ahaggar, suspended between the air, defying time and space …

Once upon a time, a space that is fixed in us, at the bottom of our life and our existence.

It is true that in these Saharan nights we penetrate a kingdom, that of silence: our silence in front of the silence of others … Facing the silence of this desert.

Ourself melts and merges into a symbiosis, so the desert speaks to us. We are speechless. At the bottom of the desert, the one found buried deep inside, each element pulsates from macro to micro … Everything vibrates in us. Some people called it a dream country. The color, the tones of the light …. The space. Even time plays on forms, and at each moment, the landscape adapts to it. It’s surprising. 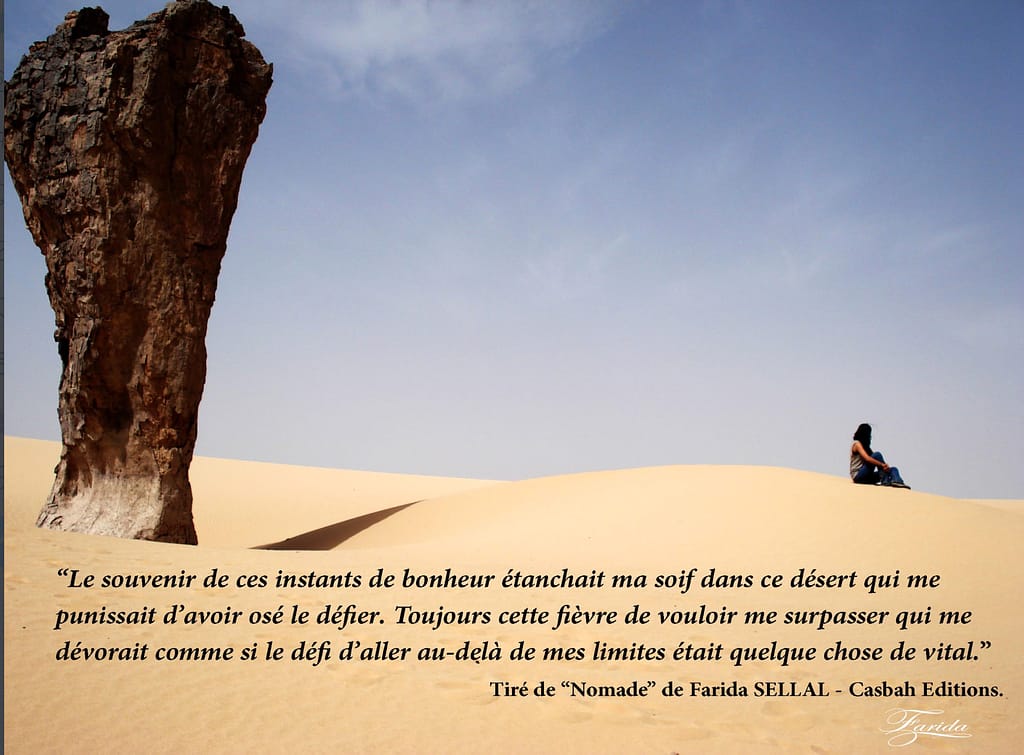 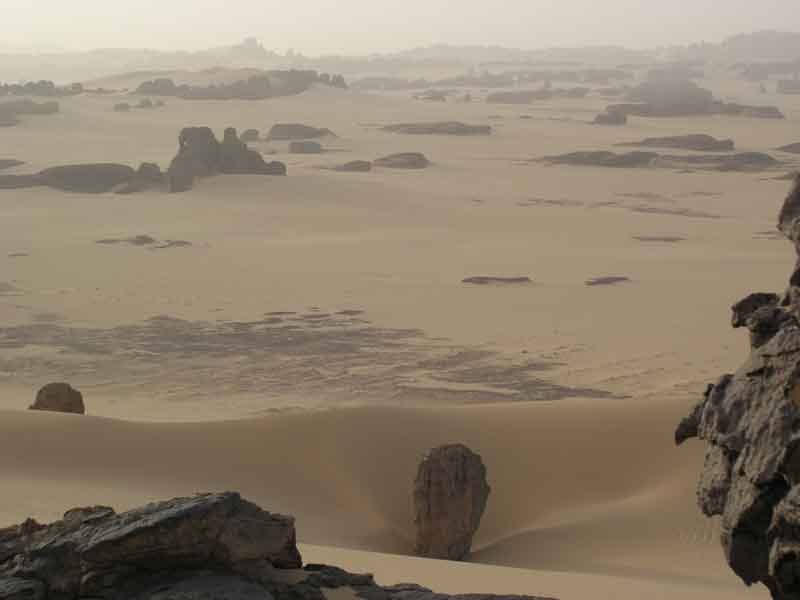 “Who ensures that light and shadow do not speak? Those alone who do not understand the language of day and night. “

In this desert, we walk barefoot in the sand or on the engraved stone for eternity. Truth before the evidence of the world.

So is it in this desert that we discover “the desert” that we carry within?

Is this the light and shadow that speak to each other?

Didn’t Moussa Ag Amestane tell us to be quiet so that we could better listen to the song of space?

Between the real and the unreal, the desert is empty, there is nothing. Nothing but the immense expanse penetrating the sky. The sky is no longer above us, but next to us, in front of us and behind us.

Captured between two worlds, beyond human comprehension, words are heard in a setting in eternal dialogue. I got lost and then found myself … In the hollow of the silence of my story, I invite you.

The response of the silence of this desert is like the emotion experienced in the face of the immensity that reveal itself to us like a deep breath of freedom.

Does the breath of freedom come from nomadic peoples?

After all, is there anything more nomadic than freedom?

Is there more freedom than the nomad?

The men of this country speak little.

Do we not say “Assouf” to designate a certain emotion facing the desert?

“Assouf” means loneliness but also nostalgic desire for something we miss. The “Assouf” is this state of melancholy mixing joy and sadness, it is the memory of a past happiness but so present in loneliness.

What presence can we find in solitude? 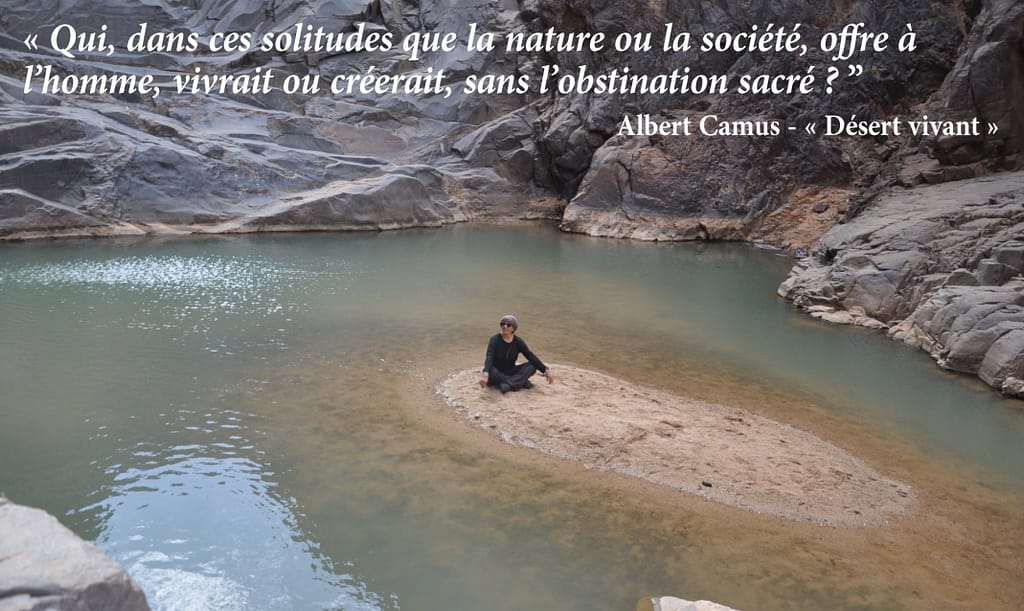 When we say the word “desert”, the image that comes to our mind is, according to people, a dune field, or a stone tray with nothing floating in the air. The word desert can also give the feeling of thirst, scorching heat, overwhelming sun.

The word desert can also cause fear. And yet … Yet how much this word is the opposite of what it claims to be.

My story begins in the southwest of Tamanrasset, which the Tuareg refer to as Ténéré. They call it “Akal-n-Esuf” the land of emptiness and loneliness. I had just been appointed director of Posts & Telecommunication in Tamnarasset and I was in charge of carrying out the special southern program which consisted in connecting 32 isolated localities to the rest of the country. It was in January 1979, during a mission in Timiaouine, that a sandstorm rose in Timissao… While the guide and Seddik the driver had advised me not to get out of the car, I left in the torment with just my scarf on my head and the burnous that I was wearing.

Years later, in 2002, I set out again in search of the nomads who had found me and the Imzad player who had brought me back to life.

I did not find the old lady who saved my life, but her sister Tahiguel Ag Mansouri remembered me well.

She took her sister’s Imzad and played the tune that brought me back to life.

“Human time has frozen” in her hands.

A cloud of incense envelops my senses. At the sound of the Imzad, my senses rediscover the meaning of the course of my life. 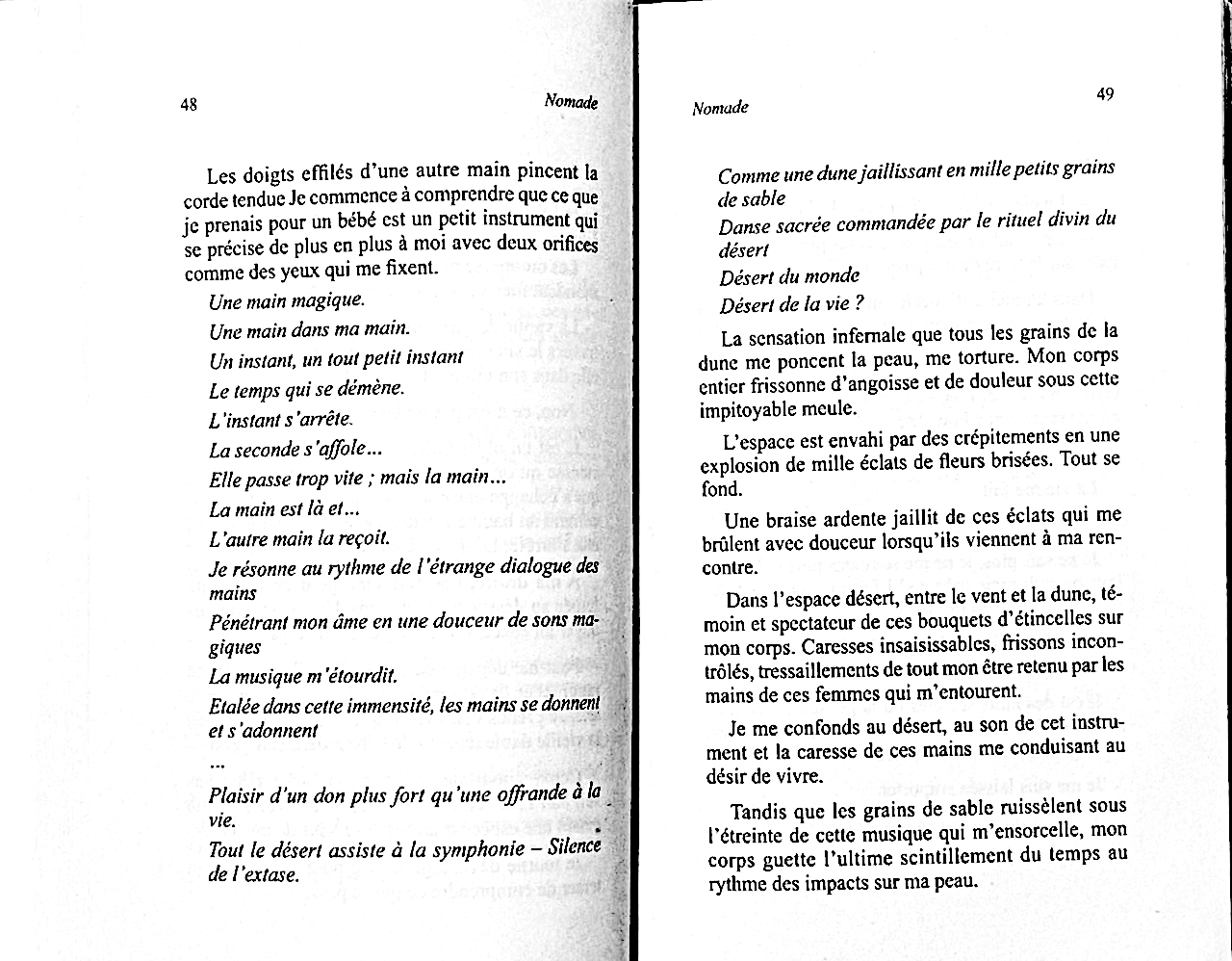 This is where my story begins

And it’s because I found my way. A timeless message raised me in a world between dream and reality. 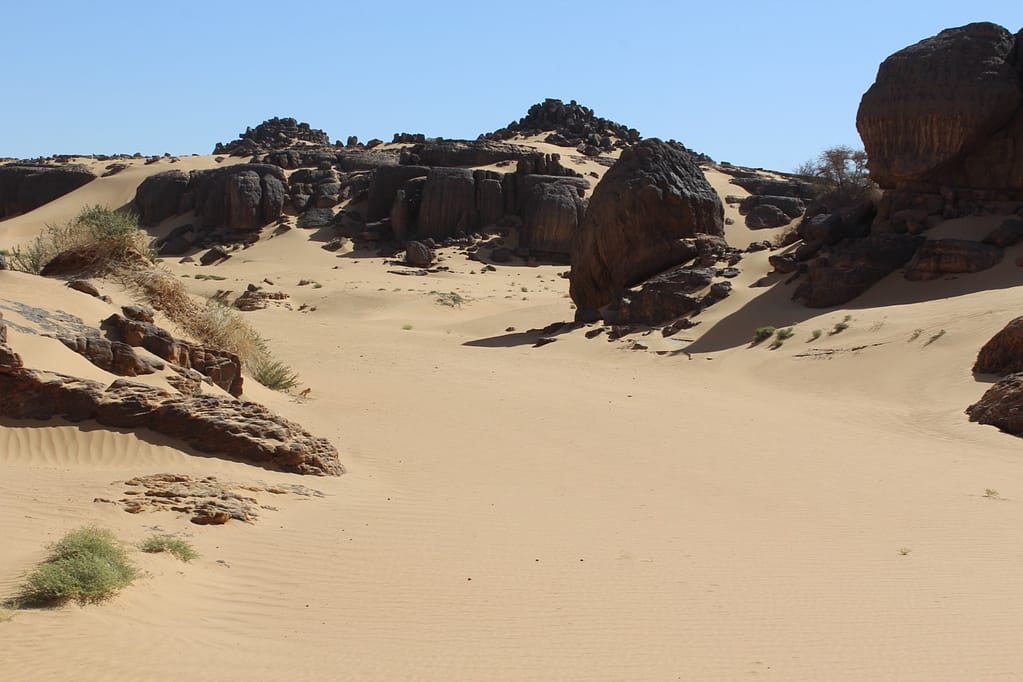 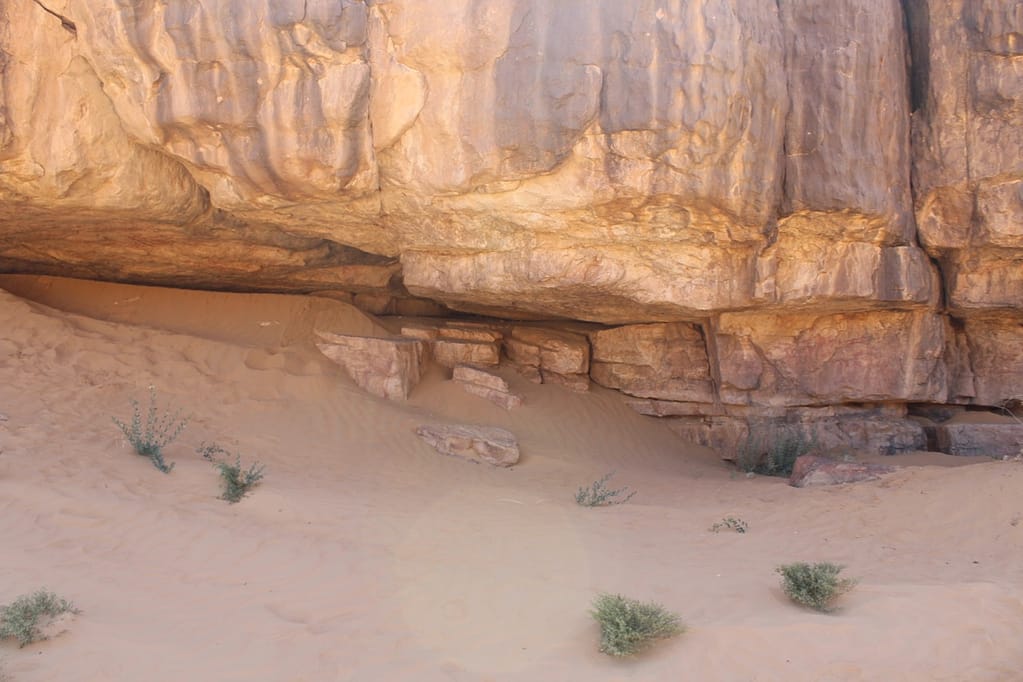 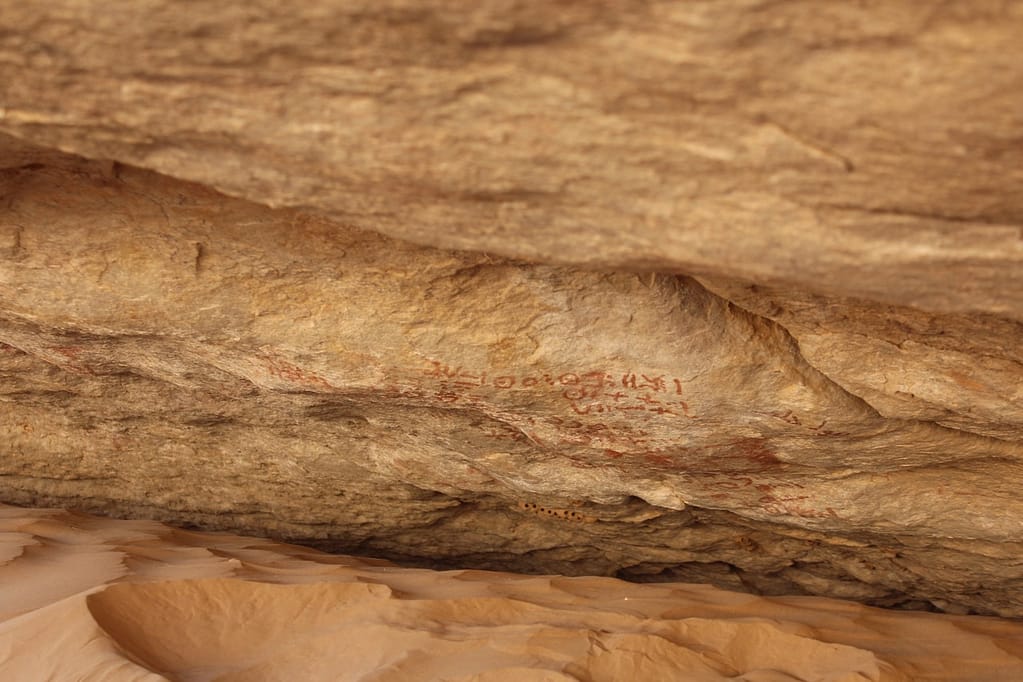 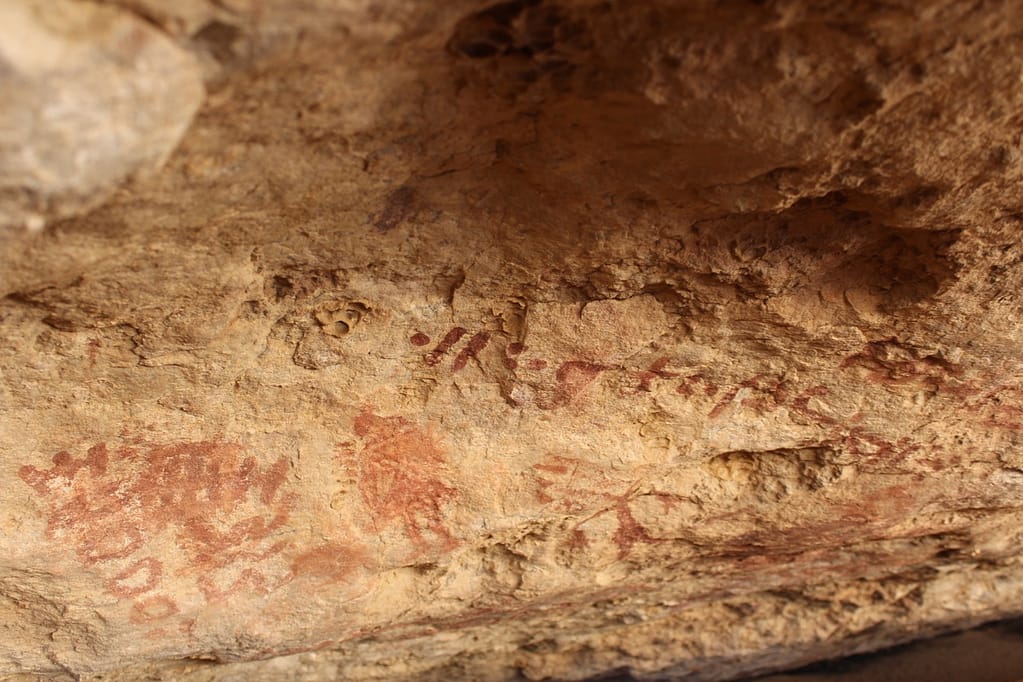 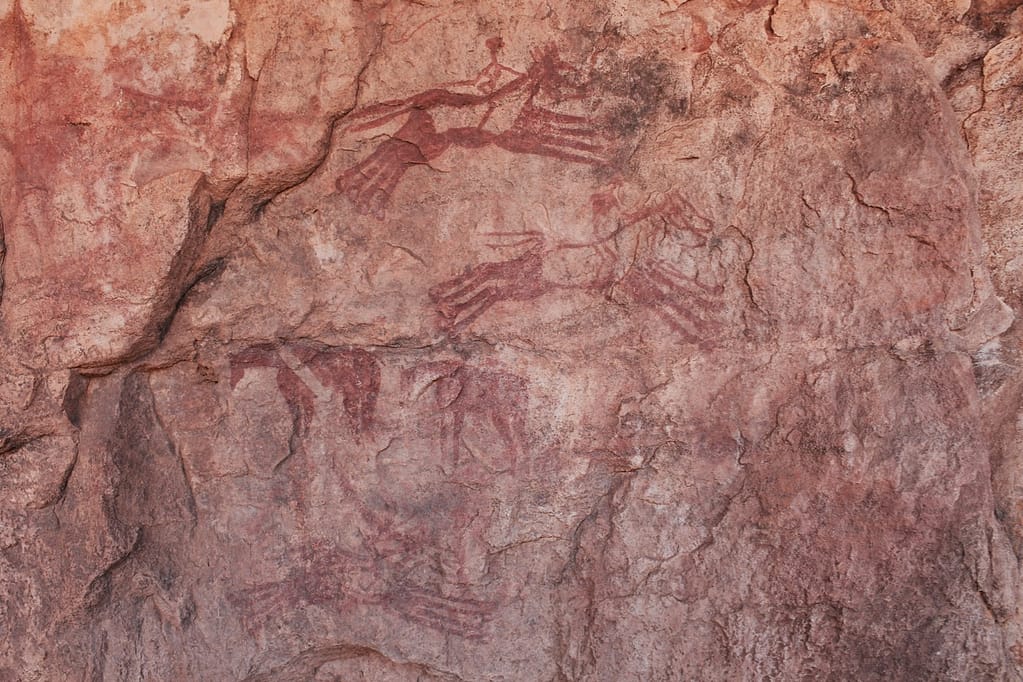 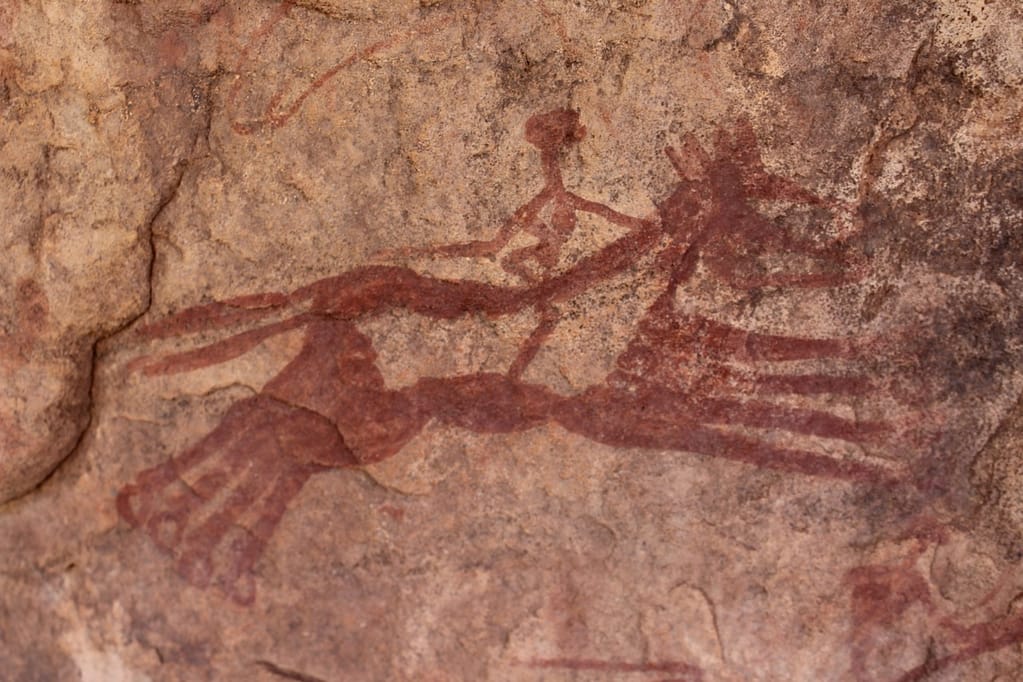 In Timissao, between heaven and earth, I randomly strolled the sand dunes through long corridors bordered by rocks. A real labyrinth. A light wind cuddled my face. It was a breath of infinite sweetness after the sandstorm that had thrown me, panting on this uncertain course. The merciless light of the desert was torture to the eye. Where did I get the strength to feel like a flood of tenderness around me in this rocky universe whose majesty defied time? Where did this heightened sensitivity come from that made me perceive the slight movement of the air around me as a melody?

The wind could not deny my certainty of finding my way. Sooner or later. So I continued to walk, entrusting my fate, at night, to the crazy stars that tore the sky. And despite the protests from my aching members, I don’t remember moaning or crying.

Wrapping my scarf around my head, I had taken refuge in a gap in the rock wall from where I dominated a field of dunes strewn with stones. The sunset had been of a beauty to make forget all the feelings of here below, the requirements of the body and even its physical existence.

One moment, one brief moment.

A world without path, without space, without air.

Without hands, without eyes…

The naked soul, in the extreme nakedness of oneself.

It was a world that taunted me about wrestling my guts.

A world without words.

The wind was gone leaving me alone facing another space of silence.

The desert had just given me the strength to extract myself at this time.

I remember the coronation of this day which marks the dawn erased by the sunlight. My gaze questioning the sky ricocheted on the sides of the cliff which had offered me shelter. This is where I discovered the evidence of the world. My soul listened to this land of silence and stones made of life. Words of words and words of stone…

Hidden away from the eyes of the living prayer of all the nights from all the stars of another time, a fresco. In the morning, a message appears from the rock walls.

In this luxuriant morning, at the heart of the calm of my solitude and my distress, burning my memory, body to body I could not believe my eyes: silhouettes of men on horses which galloped while being detached from the rock face , flew towards me at the speed of light.

Above my head, animals, a whole scene of life …

On the threshold of my ignorance, a moving armada wakes me up.

Their four front legs and their four rear legs in extension the horses are caught in their tracks. The animal’s head and body are split and the rider on his mount, one hand tightening the bridle and the other raised in the air orchestrated the movement. They were all coming towards me as if to urge me to sit up and start walking again.

Beyond space and time, I had just jumped a gap without knowing it.

I had just crossed space and gone back in time to the era of the ancient desert men. Painfully, my hand reached out to this living cloud of characters from that other time who enveloped me in infinite tenderness. The desert taught me that I was no longer alone.