Late Amenokal Hadj Moussa Akhamokh had told me one day.

In 2002 when I went back to Tamanrasset in search of the imzad player who had saved my life, I found Seddik Khetali the driver guide that I had Tamanrasset province. He was the one who was with me during this famous mission that almost cost me my life but who taught me to go to the extreme limit deep inside of me. Talking to him about the imzad, he looked at me, raised his scarf over his nose to hide his emotion, and he said to me:

“Come, someone will tell you better than I do about the situation of the Imzad.”

And so he took me to see the Amenokal Hadj Moussa Akhamok.

In the greatness of wisdom which calls to the highest virtues giving a sense to the individual in the search for himself of his values, the Amenokal received me and spoke to me in these terms:

“Who does not remember the great literary and musical meetings of the Ahal? The legend of the desert and its valiant warriors who were praised there in a poetic speech. Who does not remember the players of Imzad, this musical instrument which accompanies the diction of the brave exploits of our great warriors? The imzad who is to the Touareg what the soul is to body. The imzad that transports and transforms men into intrepid combatants quick to make powder and sword speak”.

Raising his scarf, he was silent for a moment, and after a sigh he continued:

“You came, a long time ago, you brought with you the television which disrupted, destroyed our meetings of imzad and ahal. There are only four or five imzad players left in the whole Hoggar. There is no more poetry. Our culture, our traditions are dying out. ”

He spoke with a sadness that I could not write.

“I may be talking with nostalgia for the past, the stories of Moussa Amestane, Akhamouk ag ihemma, Meslagh ag amayas, Bey Akhamouk, these great Amenokal dignitaries of Ahagar, but I also think of the symbiosis that has always bring the people of the Sahara closer to those of the highlands and the Sahel.

The emotion that I keep from that day pierced my heart forever. And at that time, my decision was made. I look at Seddik who was sitting not far from us:

“Seddik, are you ready to help me find the old imzad players and save the Imzad”

The word came out right now: “Save the Imzad”.

Hearing me say those words, the Amenokal rose and without saying a word he left then returned with an imzad in his hand.

“I had to give this imzad to President Bouteflika but it is up to you because it is you who will restore the order of things. I entrust it to you ”

I left him, promising to come back with an action plan. 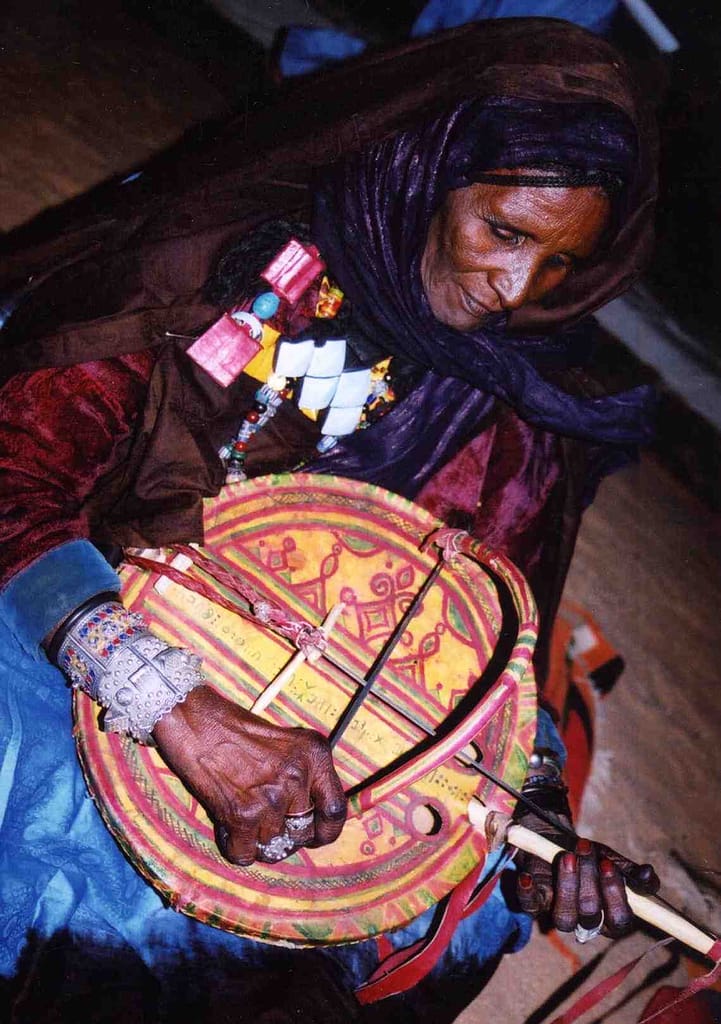 Seddik then took me to Alamine Khoulen who greeted me with a smile beaming with affection. She hurried to take her imzad. Our reunion remains in my memory as the most beautiful treasure that I had sworn to keep preciously.

It was with Alamine Khoulen and Seddik Khetali that we agreed to create an imzad school with the establishment of an association that we will call “Save the Imzad”. The enthusiasm for the challenge was such that the entire population joined the project. Late Hadj Moussa Akhamok was our president of honor, the action was launched.

In the old days, we often played imzad at a gallant meeting. We still gathered around the imzad until sunset, when we separated. Some would gather their herds, others go to their business, until nightfall. The convivial evening then resumed until the time of milking the herds under a starry sky; the low and high notes of the imzad, a refrain; words draped in sounds, fascinated the guests in the divine and infinite silence of the desert.

The imzad is an instrument reserved exclusively for women. No other instrument is associated with it. In the air of the imzad, the man sings and only the sound of his voice is allowed to mix with that of the instrument.

Far from being a simple musical instrument, the imzad represents both the past and the dream of the Touareg. It tells of their culture, their love of beauty, their lives and this grandiose feeling of freedom poetically highlighting their legendary pride. Made up of their daily lives, it leads their lives from one generation to the next, from one love to another, and from one hope to another.

Imzad’s games are quite often under a starry sky. His game moves people deep down.

In the poems of the Ahaggar, recited or sung, everything was invoked, from pastoral life to war epic, from courtly love song to martial poems, to seduce the beloved…. And the violin imzad became the emissary of the Lord. 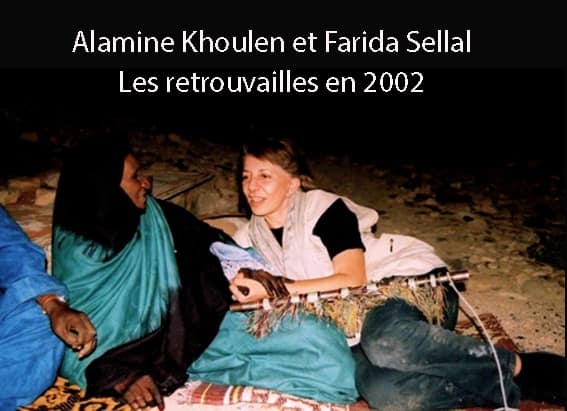 “I humbly adore the acts of the Most High

Who gave the violin better than a soul,

The worries of love were about to put me in the grave,

But thanks to the violin, O son of Aïchoum!

(*) The litham is part of the veil. The men fold the upper part down, so that even the eyes are hidden so that there is no sign of emotion.

If the history of the Touaregs is intimately linked to the desert, it is also thanks to the essential role played by women. Indeed, originally, the first Touareg nucleus was formed by the noble TIN HINAN and her servant TAKAMA. Besides, art and music were their reserved domain. This instrument remains as popular as ever, and men accompany the sound of the imzad with verses sung and timed by their ho-hôo, especially in the evenings of the illustrious “Ahal” …

Thanks to the hearts of these women, the heart of this culture is still beating.

We had to think about tomorrow.

If we did not help the last of these virtuosos to perpetuate the Imzad, it was a whole story, an epic, and a knowledge that will be engulfed in the abyss of oblivion.

This drama had a humanitarian dimension because it had led to the irreversible disappearance of a culture and an invaluable universal heritage. 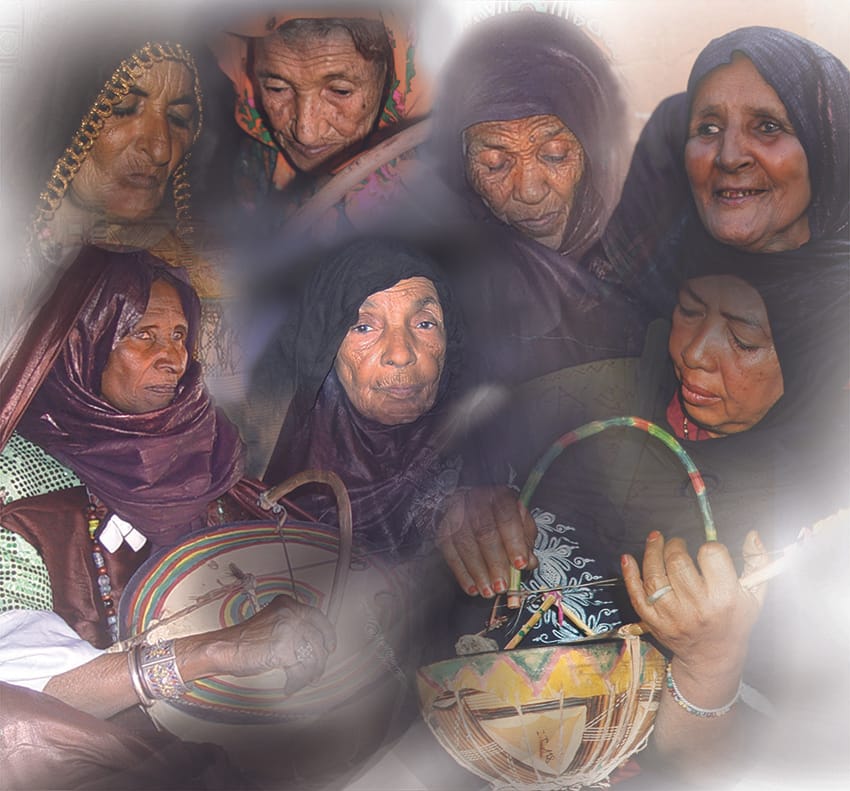 The need to create an association to “SAVE THE IMZAD” was imposed on me. My decision was made.

I have stopped my contractual commitments with UNIDO. I got involved with “Fondation Déserts du Monde” ( Desrts of the World Foundation) . Took a year off. I signed up for Algeria in France in 2003.

And from January 2003, I started my awareness campaign in Algeria and around the world.

The objective was to proceed with the conservation and the safeguarding of these airs come from the depths of a millenary past by indexing the musics and the songs according to the kinds and the modes.

Preserving this element of the intangible heritage of humanity, reviving Touareg poetry imbued with a celestial melody from the depths of a people, loving love and freedom, living in the wonderful and magical space of Hoggar, is a work of history and music of major importance.