Oui comme je l’ai fait pour Yes like I did for the imzad, I would have launched myself in the diwan because I really wanted to create the foundation of the diwane so that we can register this musical genre as world heritage. This is my strongest dream. *

The role of civil society is crucial for the preservation of heritage. 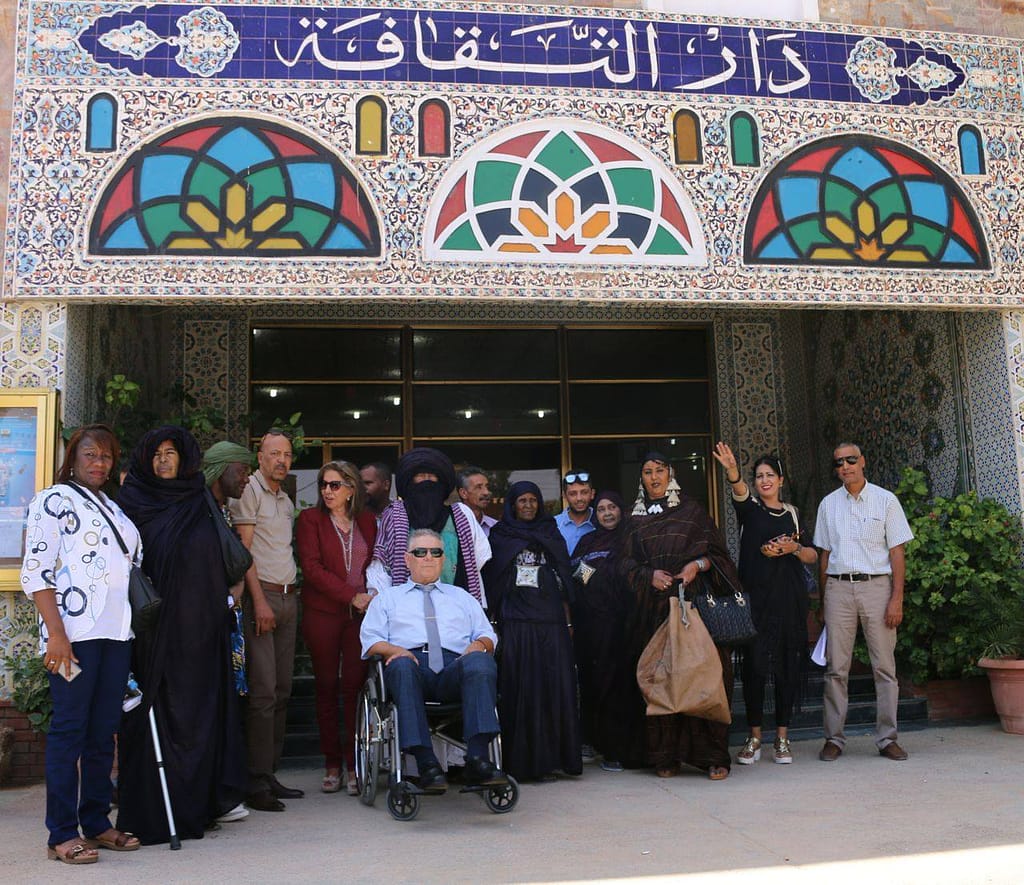 Having been invited to the 10th National Diwan Music Festival, I led a conference entitled “The Imzad, the story of a journey” on the process that led to the classification in 2013 of this traditional Tuareg instrument as a world heritage site. . Convinced that The goal of my speech was quite simply to realize “Dar Diwan” using the example of “Dar el Imzad”. Diwane is just as important. 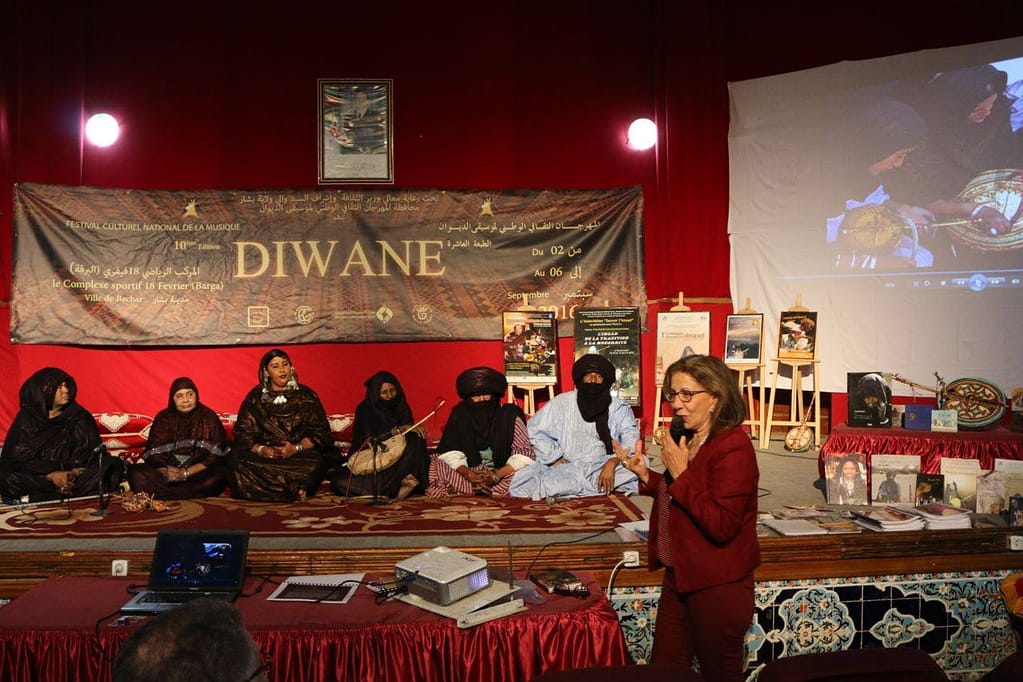 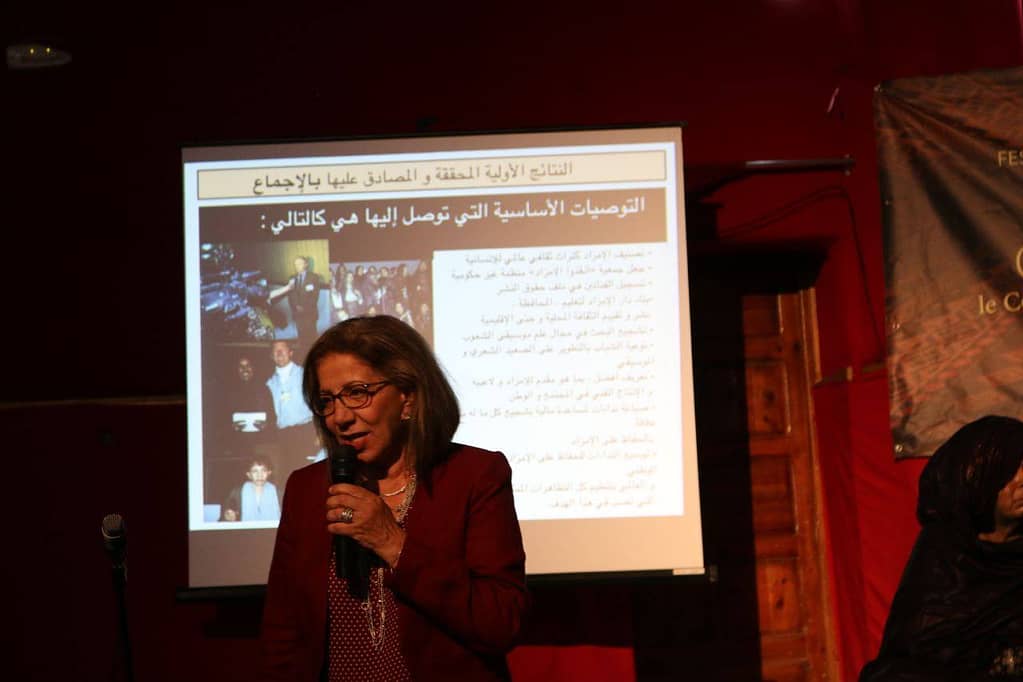 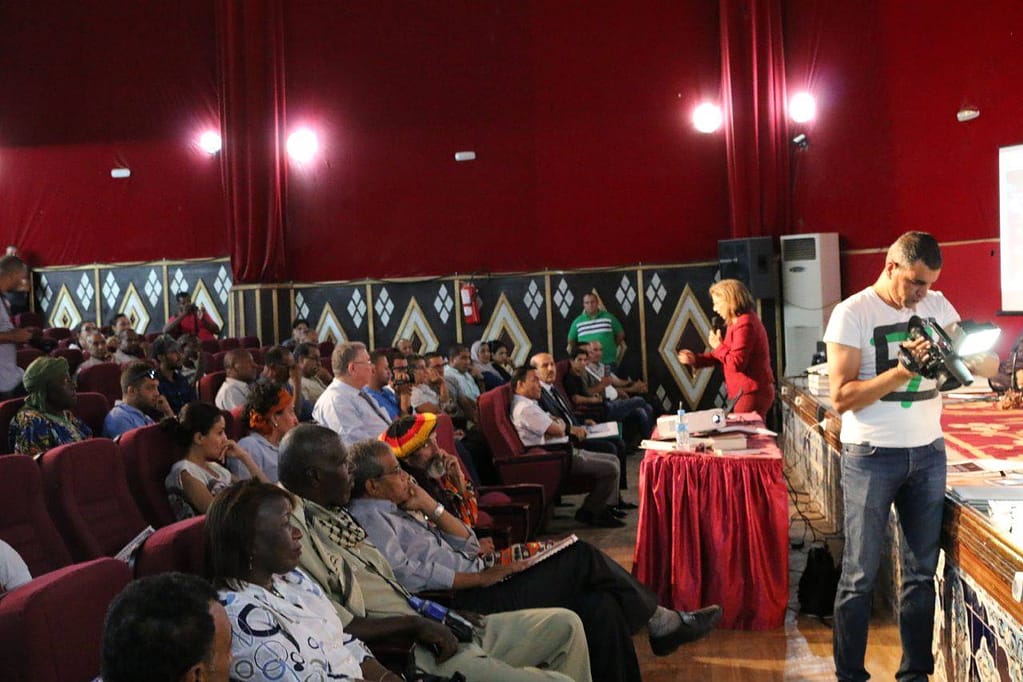 Note: For all the events organized by the association “Save the Imzad”, each year, an action plan is suggested. A general assembly is organized for approval of the action plan.

All of Imzad’s meetings, from design to production, as well as the photos and videos are the property of Farida Sellal, who has always assigned its copyright for the benefit of the association “Save the Imzad”, which she chairs. 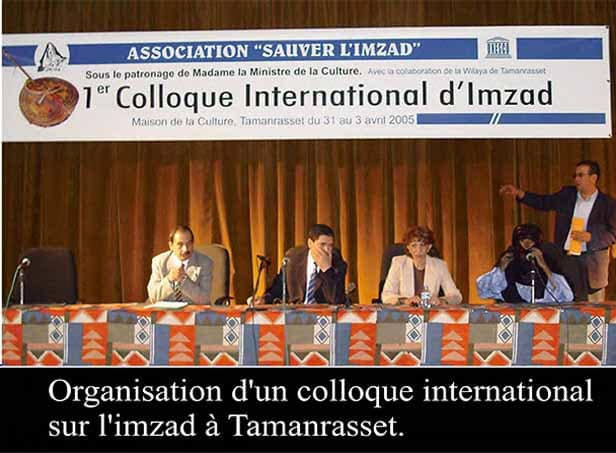 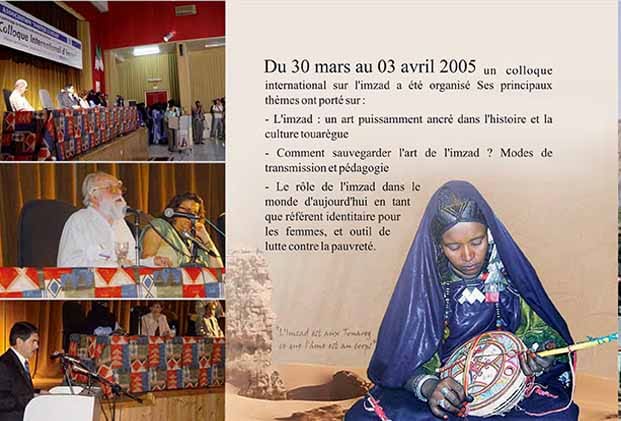 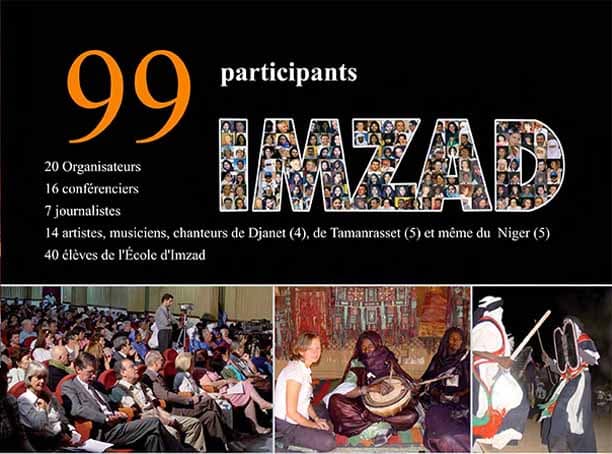 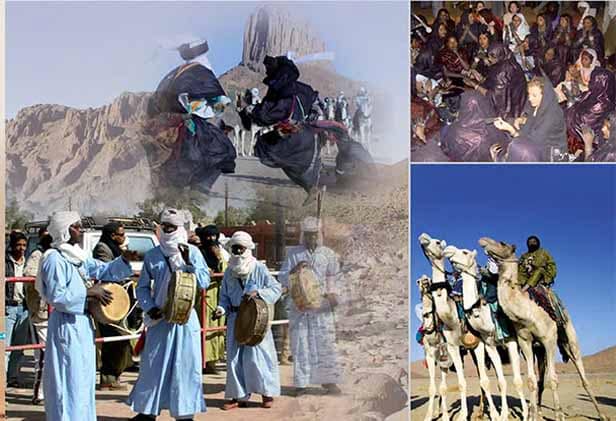 Where does Imzad come from? We hardly know. Where is the Imzad going? It is not for us to say?

Ensure that the Imzad, facing the 21st century, is protected from the two pitfalls that threaten it: falling into disuse or losing its soul. This is what the Association has been doing since 2003. Indeed, since 2003 the Association “Saving the Imzad” has been committed to saving the IMZAD, a traditional Touareg musical instrument. With the organization of this first meeting in 2005, the association called on researchers from the scientific world, UNESCO and the Algerian Ministry of Culture to establish a real strategy for the preservation of this legendary instrument. 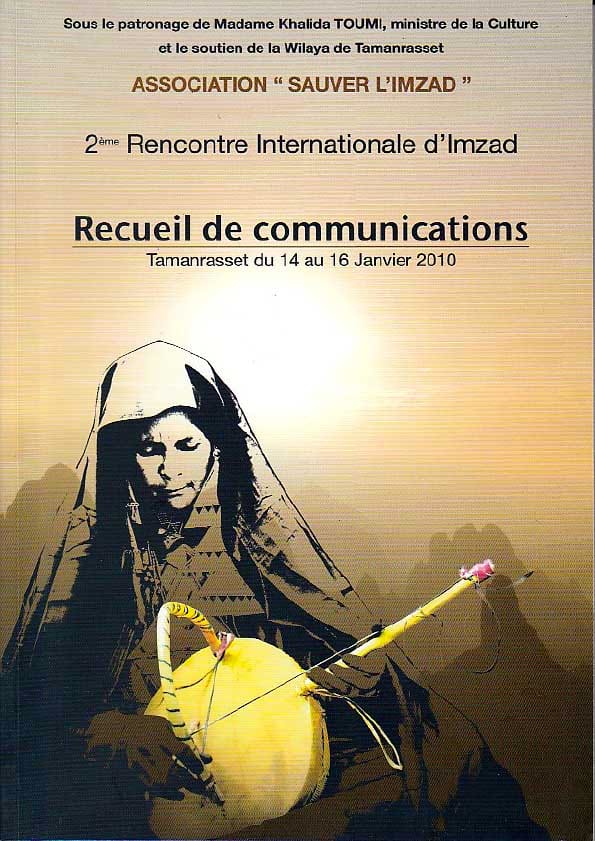 “Imzad from tradition to modernity”

Cultural, artistic and scientific approach is combined for the sake of communication. To promote this national heritage and enhance an element of identity that is on the way to extinction, conferences and researchers have been selected, including Pr. Edda Brandes, Pr. Mourad Yelles, Pr. Pierre Augier, Dr. François Borel, Pr. Caroline Card Wendt, Dr. Cyril Isnart, Pr. Mohamed Aghal-Zakra, Dr. Faïza Arkam etc…who has enriched this meeting with scientific expertise allowing to consolidate the measurement of the stake surrounding the Imzad. How to mobilize cultural resources according to principles of protection and preservation of their deep essence? How to base the safeguard of a heritage of oral tradition on a perennial preservation? Questions that I answered in my communication … It was on 11/11/2011 in the province headquarter with Saïd Méziane the 11th governor. 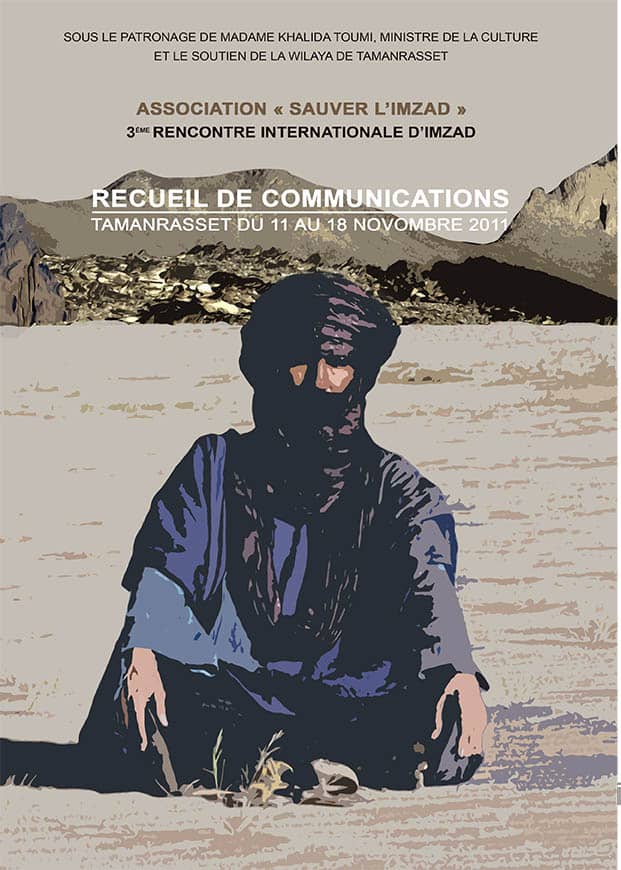 “The poetry of People of the Desert”

For the past five years, the reality has been more alive than ever. We are here debating from tradition to modernity: What is “saving the Imzad” ? How much does “Save the Imzad” cost? A unique experience, as grandiose as rudimentary as the instrument itself! And, to go beyond these figures, saving the Imzad, reminds me of the poet Lapon Kumalau Tawali who said:

“One day I will reach the source again

There, were was my cradle 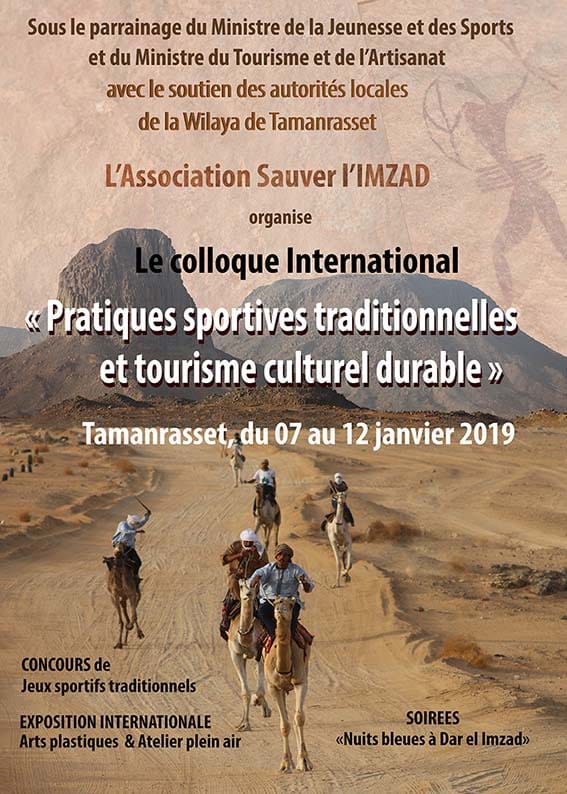 From the description and analysis of traditional sports games, inventories with a precise description and analysis of regional games and the behavior of players around the world, scientists tell us about them. Internal logic and external logic: Games in their cultural context: rituals, leisure, physical education: Can we reconcile the singularity of each game with the universality of all games:

What could be the economic benefits in terms of sustainable cultural tourism development: the contribution of traditional sports practices?