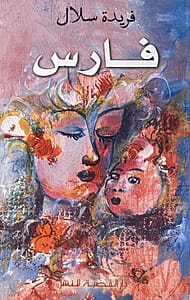 The love of a desperate mother, overcoming her impatience and waiting for the work of time. I must say at the outset that Farida Sellal’s story of Fares is overwhelming. I say story and not novel.

It’s not a story, it’s not an autobiography, either. But accept that I am too sensitive to convince you that there is all this in this love song of a mother for her child whose body has lost all health and whose deep gaze spoils sterile and irremediable pain.

The author did not use any device. To move us, Farida Sellal used only what we could know of her, that is to say her natural gifts, her professional experience and what life has granted her. 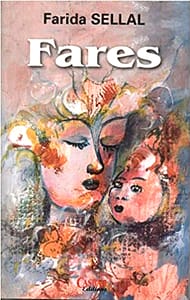 “Beyond the tearing of the heart and the will of the mind to overcome the irremediable, the testimony of Farida Sellal is an indictment against indifference and inhumanity in the face of a desperate situation.” In the morning when the pain is deep inside, and there is no alternative, writing remains the only escape that allows the evil to be eliminated. ” El Moudjahid Newspaper (November 1991)

“There are these poignant works that make us cold in the back when they do not plunge you into an agonizing state, as long as you are sensitive to the pain of others” La Nouvelle République Newspaper  (June 8, 1998) . 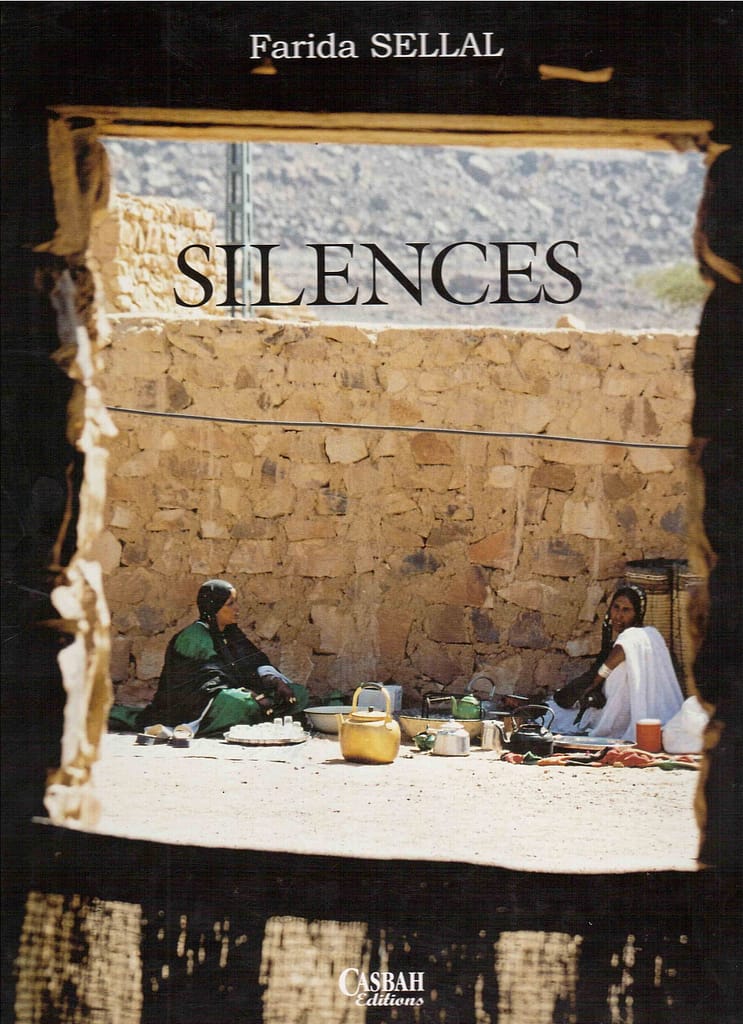 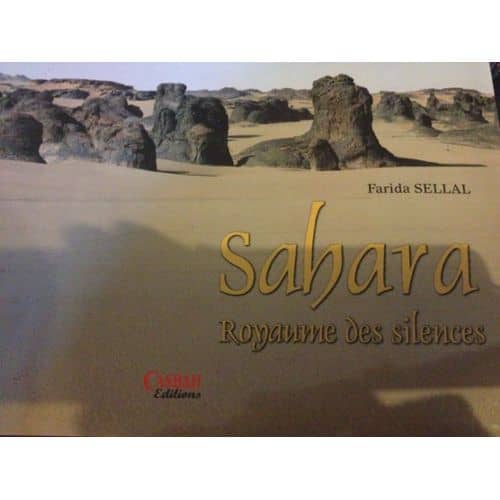 “The Sahara, this ocean of stones and sand, is a huge legend that we will not dissipate anytime soon.”

These well-felt words are from Farida Sellal, president of the association Save the Imzad, while at a public meeting in Tamanrasset.

Passionate, she has just released a book, Sahara, kingdom of silence, at Casbah Editions, a beautiful book, which returns in part to this indelible passion, that of local music, the imzad and that of a region, the south of the country. The writer already published in 1991 a fascinating and touching book, Fares, reissued at Casbah Edition, where she recounts an excruciating, indescribable suffering. The book, as has always been explained at the time of its release, is an indictment against “indifference and inhumanity in the face of a desperate situation”. “When the pain is deep inside, and there is no alternative, writing remains the only escape that allows to eradicate the evil,” we can still explain on reading this painful tale of a grieving but courageous mother who faces everything for her son.

The indifference, which the readers and the narrator speak of, is not only noticeable when faced with more individual problems, but also with regard to the heritage of an entire country, and the imzad is a big part of it. Farida Sellal has taken the trouble to set up an association, one of the most active in the south of the country, to appropriate this part of us that we cannot get rid of without hurting ourselves. The imzad is this one-stringed instrument of the Touareg music used exclusively by very elderly women, stocky, but whose wisdom imposes on more than one. There are not many left, and the only ones who do, are very old. Transmission between generations is not easy, it is argued. Several initiatives have been taken by Mrs. Sellal, such as the creation of stamps for the Imzad in Tamanrasset which she would like to develop in collaboration with several institutions. She began her career as a telecommunications engineer in the postal and telecommunications administration in the south, which would fascinate her for the rest of her life. 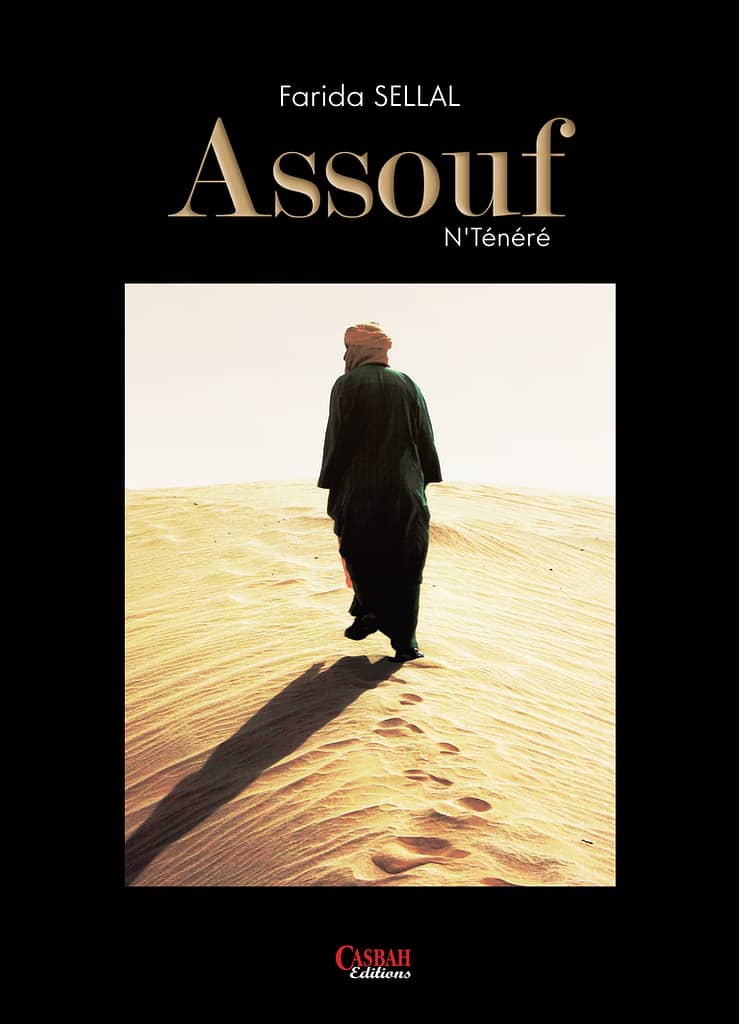 It is a veritable hymn to our Sahara that Casbah-Editions has just published in a beautiful book under the signature of Farida Sellal, who produced both the photographs and the texts. Never has a beautiful book so deserved this appellation, so much care has been taken, in the smallest detail, at all stages of its production.

“Assouf n’Ténéré” is the product of a passion. Assouf, it is this emotion taking source we do not know where, mixing our admiration collected for this greatness which dominates us and the feeling of our humility, it is all this, confusedly felt which constitutes, perhaps, the enigmatic essence of Assouf.

Assouf, it is “unspeakable emotion” of which only the desert holds the secret that Farida Sellal has happily endeavored to make through this fascinating journey which from one page to the next, from a timeless landscape to the magnificent panorama of a dune traversed by the caress of the wind, leads us into the depths of the great South.

An immense pleasure for the eyes because the objective of the photographer knew how to seize moments stolen from eternity, but an equally great benefit for the mind because guided by the judicious indications sown by the author, it is a brand new knowledge of the desert and its secrets which is offered in this book of all splendor. 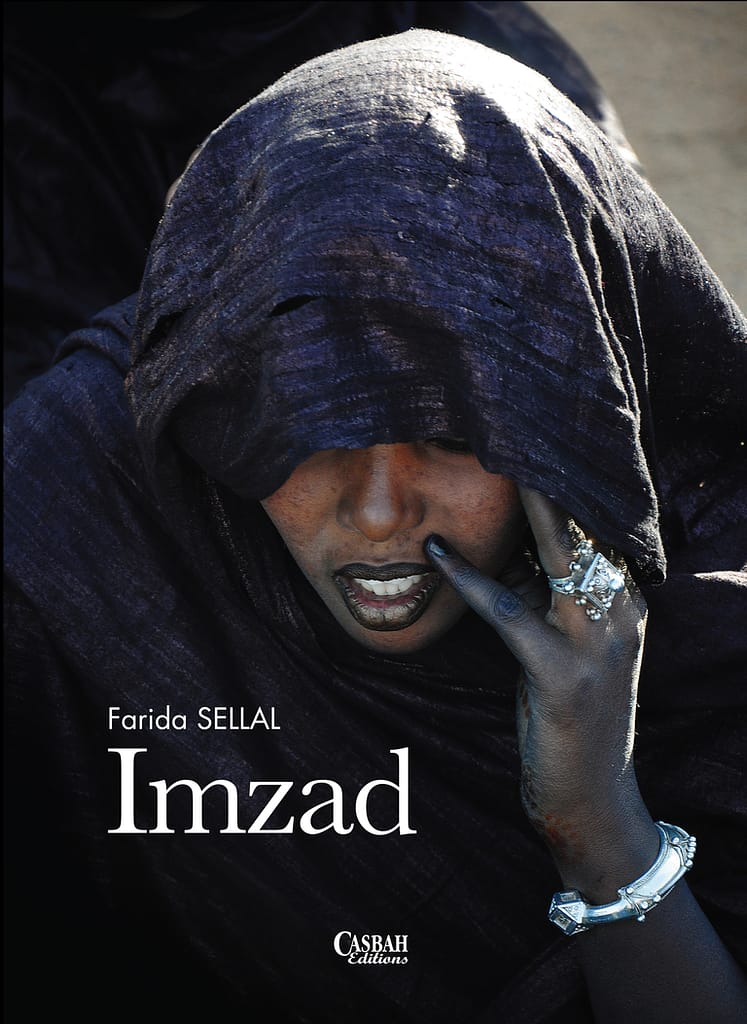 There are images that are worth more than the best shot speeches. If we needed another proof to establish the correctness of this postulate, we would only have to open the magnificent work of Farida Sellal just published by Casbah Editions and which bears in simple title but in silver letters, the word “Imzad”. Because here is a book that takes us from the first image, that which, illustrating his jacket representing the modestly veiled face of a young Touareg woman, then leads us through a learned itinerary, in a universe that the illusory search for modernity has failed to bury it in final oblivion.

This universe is one of the slopes of the Touareg culture which, having awakened the sensibility of a great lady, was able thanks to her to take the paths of rebirth. The great lady is Farida Sellal whose objective was able to capture the impressive photographic sequences revealing, through a one-stringed instrument, a masterpiece of female craftsmanship, whose sound carries far away, an immemorial heritage. Relating in texts and images her dive into the world of the Imzad, Farida Sellal teaches us how she was able to work for the rescue of this art and, first, by what approach, strong of an awareness of the threat to him and the conviction that his cultural, historical and identity weight is one of those that deserve all the sacrifices, she succeeded in having him inscribed on the list of the cultural heritage of humanity in December 2013

This “imzad adventure” gave rise to a beautiful book of editorial quality nothing less than remarkable under our skies. The images, scenes, landscapes and portraits are a feast for the view; the texts where scholarly information borders with extracts from numerous poems associated with Imzad (in their original text and their translation into French) are documentary treasures.

We feel, as we advance throughout the three hundred pages and a few pages that make up this volume, how much the author has invested in this publication made not only to take an honorable place in the best libraries, but also to be an invaluable reference work. 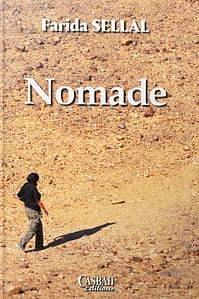 These cardinal moments of a “nomadic” life are edifying stops, through time and space, where the reader would willingly spend more time than he gives the author. Because they have marked out and structured the unfolding of a destiny assumed in all conscience and with full knowledge of the cause, guided by the constant concern to refrain from any act, conduct or word risking to infringe the eminent ethical values, fruit of an affectionate but uncompromising family education.

The captivating tale by which Madame Farida Sellal half-opens some of the doors giving action to “her” universe, as she writes in her foreword, is strictly speaking an illustration of the attentive respect of principles called honor and dignity but also sense of effort, probity, intellectual rigor and generosity. These principles of high moral standards, anchored in an ancestral culture and resistant to compromise, overbidding and deviation, have informed a journey marked out by obstacles and trials but also by dreams and achievements.

Closing this book that we read almost in one go, we cannot repress the strange feeling of having made a long, very long journey back in time. In space too. The real as the virtual. As the detours of this thrilling journey take shape, my God, how many landscapes crossed, faces crossed, knowledge absorbed, feelings experienced, emotional storms wiped! In the course of the moments of a text that takes the initiatory tale and the picaresque novel, combine and harmonize without being aware of it, the elements of a vast epic. The accents of a powerful lyricism celebrate the fabulous idyll of Dassine and Moussa; the foray into myth gives substance and presence to the mind of the immense Antinea; the plunge into the abysses of centuries restores in turn and connects to each other, the odyssey of Tin Hinane, the epic of the Sanhadja, the legend of the Garamantes and the saga of the Touaregs. And the emerald? we will say. The emerald, like the soul of the desert and its mirages, the emerald, is this emblematic stone, symbol of hope to which the novel owes its breath and its reason for being.Moudoud Achour.

SCIENTIFIC PUBLICATIONS IN THE INTERNATIONAL JOURNAL